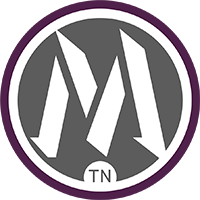 Breakfast with the Mayors

$20 members
$25 non-members
Please contact the office if you are not receiving member rate! 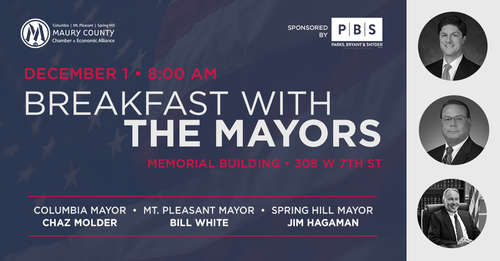 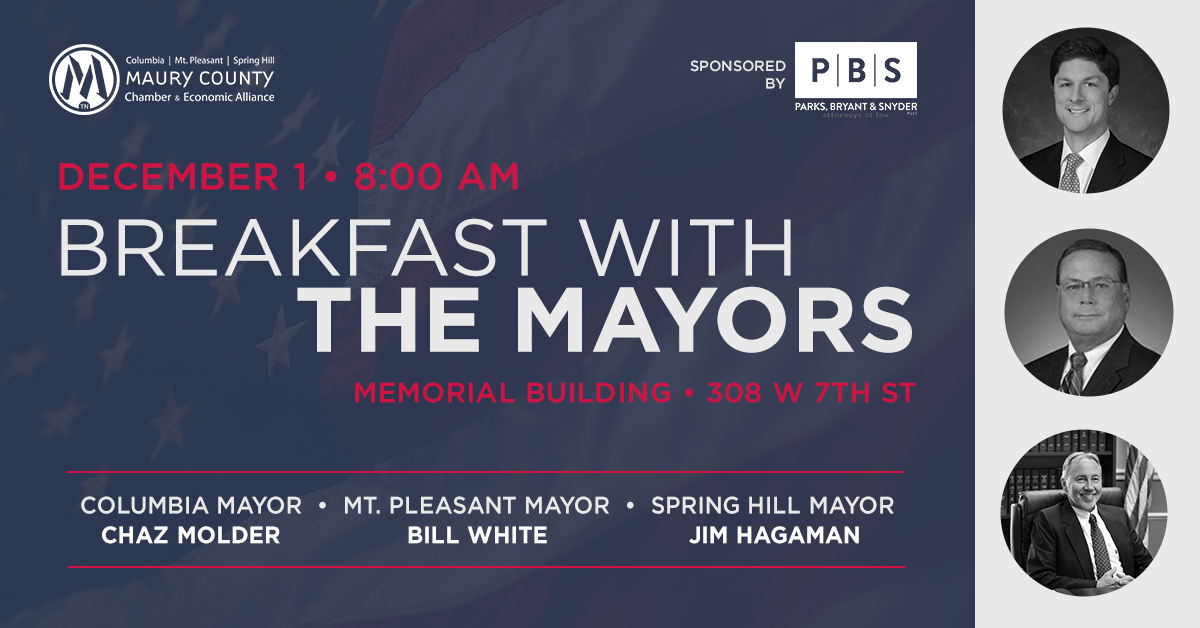 Join Maury Alliance on Wednesday, December 1st for Breakfast with the Mayors. President, Wil Evans, will lead a Q&A panel with our city Mayors:

Breakfast will be served. You may email questions for consideration to nperry@mauryalliance.com.


Mayor Chaz Molder - City of Columbia
Chaz Molder, a Columbia, TN native, was elected to the office of Columbia Mayor on November 6, 2018. Molder was sworn in as the Mayor on January 10, 2019, at McDowell Elementary School, the school he attended, in front of a school wide student assembly.
Chaz attended the University of Tennessee at Knoxville. While at the University of Tennessee, he held a number of leadership positions on campus including being elected as president of the student body; and Chaz was selected as a Torchbearer recipient, UT’s highest undergraduate award, recognizing excellence in leadership and academics. Chaz attended law school at the University of Memphis where he graduated in 2009. After law school, Chaz returned home to Columbia to practice laws. In 2015, Chaz formed the firm Mounger & Molder, PLLC, the firm which he currently practices with today.

Chaz is a member of the Columbia Kiwanis Club and is the immediate past Chairman of the Maury County Chamber and Economic Alliance. Chaz serves on the Board of Directors for the Maury Regional Medical Center Foundation, The King’s Daughters School, and is a past member of several community not-for-profit boards.

Chaz is married to Elizabeth Molder, a Ripley, Tennessee native. Chaz and Elizabeth have three children, Marley (8); Hugh (5); and Bebe (2), all of whom were born at Maury Regional. Marley and Hugh attend McDowell Elementary School and Bebe attends pre-school at First United Methodist Church.

As Mayor, Chaz’s primary focus will be ensuring Columbia, Tennessee continues to embrace its role as a local and regional leader, and work for innovative and forward thinking solutions to ensure Columbia continues to be the best it can be when it comes to living, working and raising a family.

Mayor Bill White - City of Mt. Pleasant
Bill White is a native of Mt. Pleasant, Tennessee. He has been in the banking/financial industry for 35+ years and is currently a Regional Commercial Loan Officer with First Farmers and Merchants Bank. Prior to his 17 years with First Farmers, Bill was with the Citigroup. Bill is a graduate from CMA. He also attended the Graduate School of Banking at LSU. Mr. White was elected to a four-year term on the City Commission in 2016, at which time he was also elected by the commission to be the Vice Mayor. In 2018 he was elected by the commission as Mayor.

Mayor Jim Hagaman - City of Spring Hill
Originally from Minnesota, Jim has lived in Spring Hill for the last 21 years.  He has a history of volunteering in the community, through his church, with The Well, and as a volunteer firefighter and first responder medic.

Jim is a decorated veteran and retiree from the United States Air Force.  During his military career, he had the privilege of participating in important and classified missions around the world. Some more unique than others, including serving alongside Secret Service details for President George H.W. Bush and President Bill Clinton. He is especially honored of having earned two medals for heroism and an Army commendation medal.

Here in Middle Tennessee, Jim spent over 16 years at Vanderbilt and 3 years at Nashville General Hospital.  Some of his professional roles included being Director of Facilities Management, executive level Hospital Safety Officer, and Director of Emergency Management.

Jim is an honors graduate from an Air Force Leadership Academy and holds a science degree in Aeronautics from Embry Riddle Aeronautical University maintaining a 4.0 GPA.

In his spare time, Jim enjoys playing music and riding motorcycles.  Jim and First Lady, Gina, are happily married and recently celebrated their 35th wedding anniversary.  They have 3 amazing children and 2 wonderful grandchildren.